Accurately measuring load weight is imperative for mining trucks that carry massive loads, and base these loads on their revenue. In short order, a dependable scales system specifically for mining trucks is key. The advent of on-board scale technology has revolutionized the way in which truck scale systems are designed.

Since its introduction in 2005, on-board truck scales has advanced the engineering weighing system for various types of load bearing vehicles. Unlike the in-ground scales that require trucks to drive over them to check the weight, on-board scales have no such requirements. As items are loaded in the truck, the scale gives reading instantaneously. This is just one of the major reasons for which on-board scales have become so popular.

Companies like Walz Onboard (the on-board truck scale branch of Walz Scale) has been progressing the technology behind these advanced scale systems. Learn more below about how these scales have revolutionized the market and design of mining truck scales.

Although the components that come with such scales are of different types, the functionality of a scale is either of the two types: Load cell and Air suspension. It means that an on-board scale uses one of these methods to calculate weight correctly.

Load cell method is more “contemporary” compared to air suspension. Basically it is a transducer which means it converts a force, like pressure, to electrical signal and thus measures the carrying weight of the vehicle. On the other hand an air suspension based scale uses a flexible bellows to measure the weight. This bellows are pumped by an electric compressor or air pump.

It is difficult to pinpoint the components that are used in modern on-board scales. However they usually have the three items that need to be installed in the system: Air Suspension Sensor, Mechanical Sensor and Indicator. The sensors are placed on the axle groups and their number depends on them as well. These sensors measure temperature, pressure, axle deflection as well as per axle weights.

Modern sensors can give reading that is accurate within .3% - 1% of gross vehicle weight or GVW. The indicator or reader can be fixed on the vehicle or kept as handheld. Wireless handhelds provide extra convenience in situations when the loading, checking and driving is done by a single person. Although it differs based on brands, they usually range between 300 and 500 ft.

There are several types of on-board truck scales available and each offer different methods for weight reading and overall calculation. Based on the method of functionality, these on-board scale systems can be of the following types: 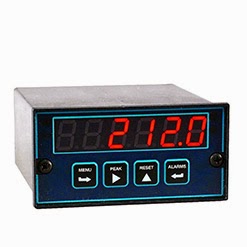 1. Load cell: As mentioned earlier, load cells are kind of transducer that converts pressure into electric output. These can be either strain gauge or mechanical. Trucks or cargo that have spring suspension usually use this kind of scale.
2. Air suspension PSI reader: This type of scale is not usually used in vehicles that require precise measurements, like trucks that are used in mining operations, because they do not provide very accurate measurements. They are better used in semi-trailers.
3. Air suspension load indicators: These scales show “on the ground” weight in kilograms or pounds. These are analogue and non-electric gauges. They can also calibrate according to frequency.
4. Electronic scales: These scales come with PSI sensors and measure the changes (temperature along with pressure) in a truck’s air suspension. The data acquired is then sent to the receiver which then converts it to understandable approximations. These are the most frequently used on-board scales.

In addition to common mining trucks, alternative weighing systems also include on-board rail scales that offer in-motion weighing capabilities while a train car is moving. Besides the technical facts, a professional in the trucking or mining industry should know the conveniences that an on-board scale provides compared to traditional truck scales.

Anyone who is a part of this industry knows how crucial it is to measure the carrying weight of the truck accurately, especially if they are involved in the mining or similar operations. Other than the obvious conveniences like ease of use, their accuracy level helps to ensure maximum usage of capacity without risking the possibility of violating legal carrying limits. The advantages of these scales are like the followings:

1. The possibility of over-loading can be almost entirely eliminated.
2. Drastically reduces maintaining cost related to over-loading vehicle.
3. Time efficient since the driver does not need to measure the weight every time the amount of load is changed because the indicator updates information immediately as pressure changes.
4. By reducing the repetitive motions for measuring weights multiple time on a truck scale (railroad scale), the vehicle’s fuel efficiency can be increased.
5. Potential accidents can be avoided that can happen due to over-loading.
6. The overall lifespan of the vehicle can be increased with the successful implementation of the overall advantages.

Other than these, on-board mining truck scales also help in avoiding legal complexities, increasing operating efficiency, and increasing return on investments and profit. Logically it is the better option compared to traditional truck scales.
Posted by Tyler Tafelsky at 6:19 AM